Monitoring of frogs and newts in the Danube floodplains continues 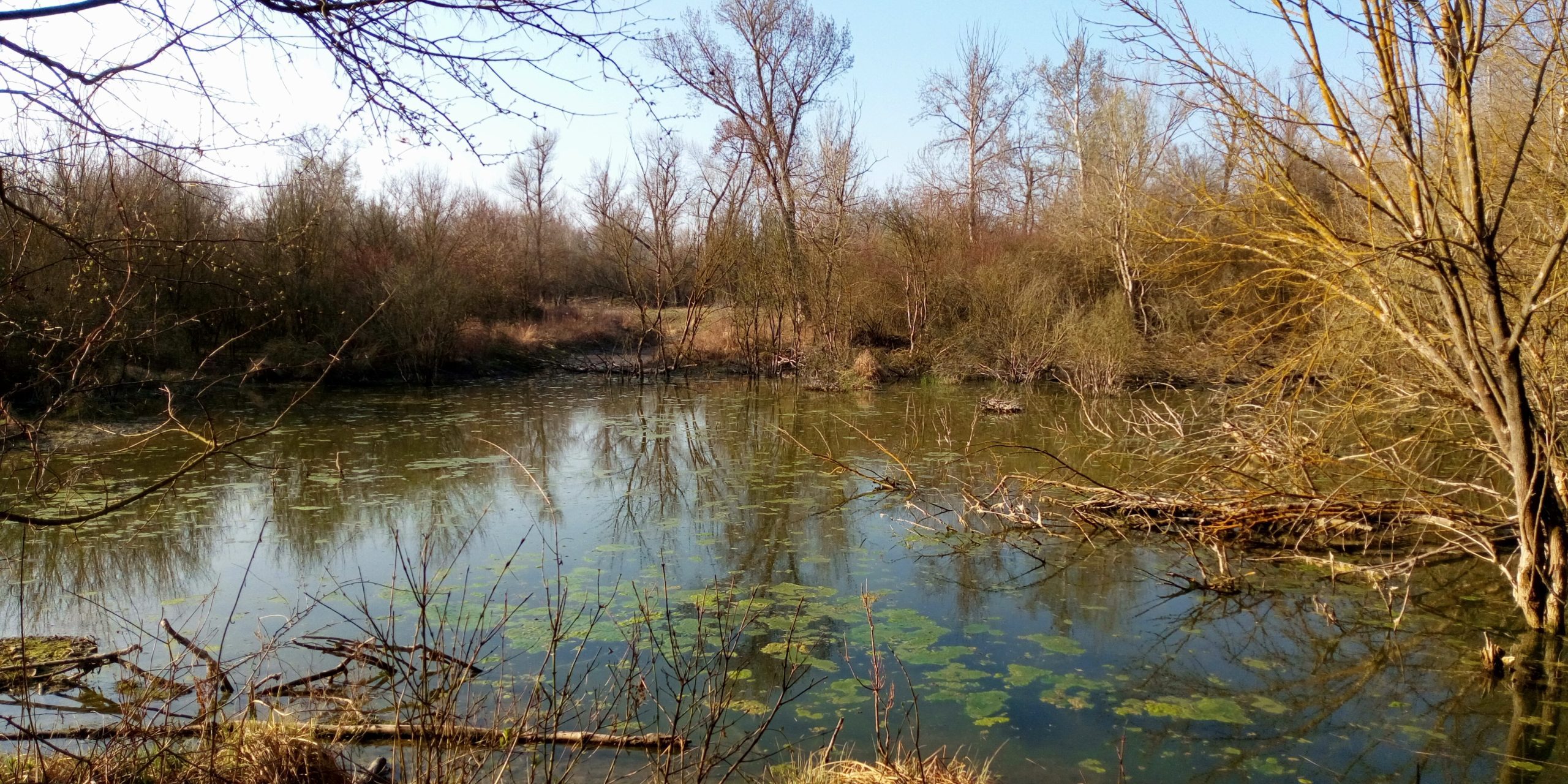 We recently reported on the results of amphibian monitoring in the Danube floodplains in 2019 and 2020 and the impact of simulated floods on their populations. Nowadays, we hold in our hands a report from the observations from 2021, which were carried out by zoologist Peter Mikulíček before and after the flood in the target area. The situation at the selected localities was as follows:

Unlike last year, the locality of Dunajská kriviny was flooded before the spring regulated flood, which enabled the laying of eggs for species common here and reproducing in early spring. During the March inspection agile frog, European common toad and marsh frog were observed.

Numerous frog eggs of agile frog have been found in about a meter deep part of the restored river branch, even in its shallower parts, less in the flooded area in the floodplain forest. The frogs did not lay eggs into the deep part of the river branch. In the restored wetland in the forest, the trees have dried up and fallen, which leads to better lighting of the site and we could assume that it will eventually become a very suitable reproductive habitat for amphibians. Two weeks after the beginning of the summer simulated flood (started on May 21, 2021), the site was significantly flooded.

5 areas were monitored in this locality. There were no records of observation of amphibians in those localities, which were dried-up in March before the flood. In the flooded places in the area of Vojčianske rameno side arm, it was possible to record agile frogs, marsh fogs and European common toads. Subsequently, in April, during the spring simulated flood, all areas were richly flooded.

In June, two weeks after the start of the summer flood, there was less water in the areas than in April, the water level had already dropped and only lying vegetation indicated its maximum state. In some places, only larger isolated pools remained after the flood. Therefore, extending the duration of the summer simulated flood would be worth considering. During this period, marsh and agile frogs were observed.

The spring simulated flood did not affect the monitored sites around Kráľovská lúka locality. There was no or somewhere very small amount of water in mid-April. However, the summer regulated flood significantly increased the amount of water.

The following species were recorded in the six monitored areas: marsh frog, agile frog, edible frog, European common toad and numerous vocalizing fire-bellied toads. Danube crested newt and smoot newt absented in this season, they were observed during previous years. In addition, during the visit, reptiles were also observed on the banks – numerous grass snakes and sand lizards.

The river branch Istragov is supplied with water from two sources, from Dedinské ostrovy and from the Danube. The removal of artificially accumulated stones, which prevented the flow of water further towards the Danube, contributed to restoration of the river branch in the ford area. Numerous breeding fire-bellied toads, edible frogs, European common toads, agile frogs and European tree frogs have been recorded at the site. Vocalization of marsh and pool frogs was heard from the river branch.

During season 2021 numerous fire-bellied toads, vocalizing males of common spadefoot toad, European tree frogs, agile and marsh frogs and also six individuals of smooth newt and one female of Danube crested newt were recorded. In June also a female of edible frog was observed here, in a habitat not typical for species from this group of frogs (they prefer larger and more permanent water areas). Species diversity indicates the uniqueness of this reproductive locality.

The floodplain forest in Bodíky was flooded in mid-June (water level 1.5 m) as a result of a summer simulated flood. Numerous marsh frogs were observed here, whose males were loudly vocalizing. Also fire bellied-toads and European tree frogs were recorded here.

There were three monitored sites in Veľký Lél – restored side arm flowing along the Veľkolélsky ostrov Island, artificially created pit near the Danube and gravel pits located half a kilometer north of the island. Only reproducing water frogs were seen in gravel pit. Beside these species there were also European common toads and European tree frogs in the side arm. Larvae of agile frogs, common spadefoot toads and adult fire-bellied toads were found in the pit near the Danube.

Monitoring of amphibians will also be carried out in the next two seasons of the LIFE project Restoration and management of Danube floodplain habitats. The state of the populations of the monitored species is a good indicator of the state of floodplain habitats, which is changing in selected localities also in connection with restoration of water regime of river branches and wetlands and the course of simulated floods in the Danube floodplains.