Transversal lines of weirs in the Danube river branch system 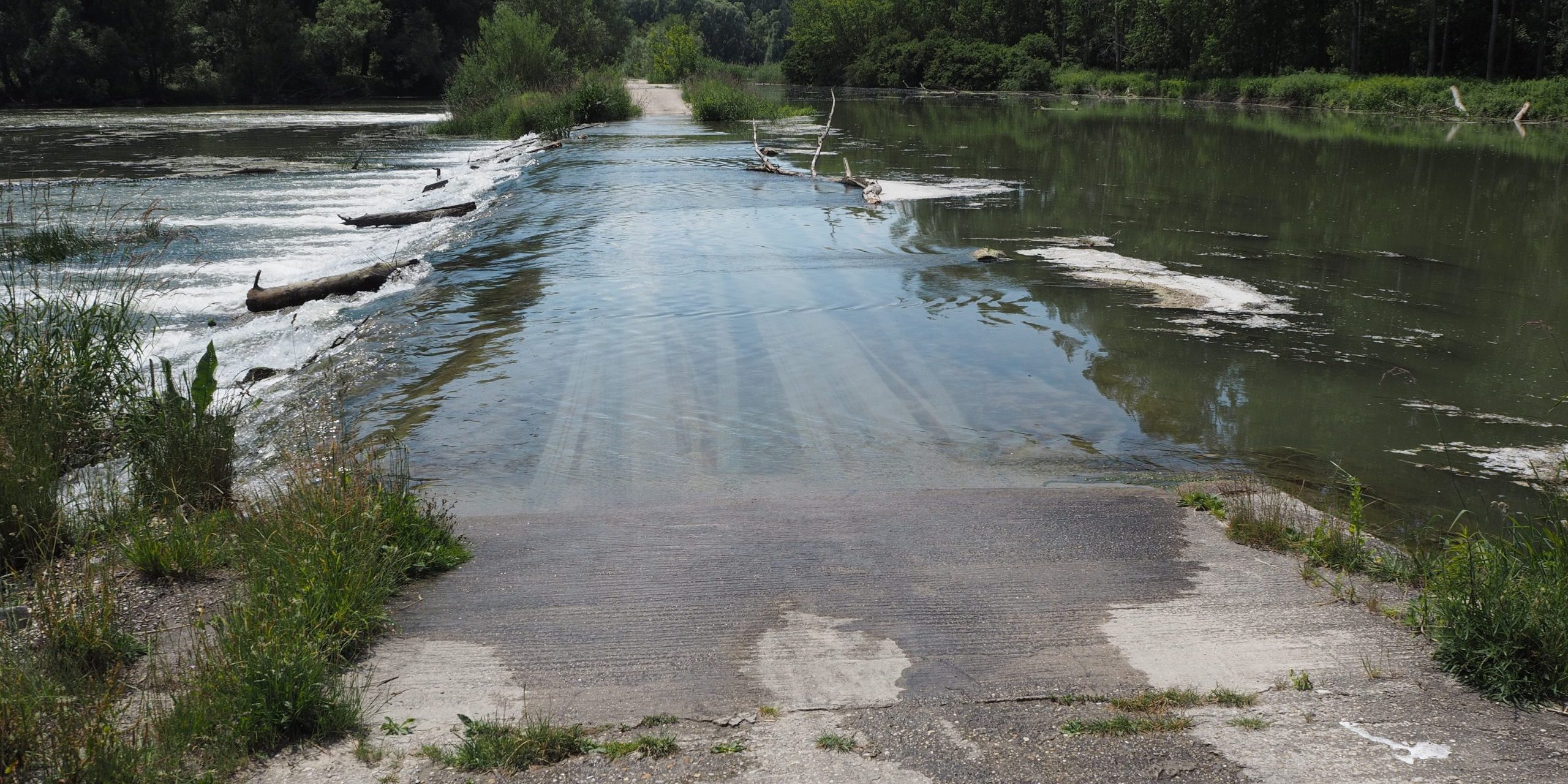 What is their purpose and perspective?

The area of the Danube floodplains between Dobrohošť and Sap is a part of the Danube Inland Delta. It is a unique and rare anabranching river pattern with a system of branches. In the past these branches and side arms meandered freely and the material of the Danube gravels and sands that the flow brought into the landscape was able to capture large amounts of groundwater. The area has thus become a huge and valuable reservoir of drinking water.

Over the last two centuries, people have gradually changed the image of the Danube floodplains by building flood protection dykes, regulating the Danube riverbed for navigation conditions and later using the river for hydropower purposes (construction of the Gabčíkovo waterworks). In addition the area is affected by the intensification of agriculture, forestry and land drainage. The originally large regularly flooded area of river branches was cut off from the main riverbed. Such water bodies are often overgrown by vegetation and degrade due to water deficit and low flow rates and many disappear completely due to water regime disruption.

After the diversion of the main stream of the Danube into the bypass canal of the hydroelectric power plant only a low regulated water flow enters the original old riverbed (400 m3s-1 in average). The supply of the branch system on the Slovak side of the Danube happens only through the inlet object in Dobrohošť. For a long time a constant amount of water was getting  into the branch system (in winter out of vegetation season 20 m3/s and in summer in vegetation season 30 m3/s). Such a stable flow, and thus steady water levels are not suitable for natural river processes and floodplain forest vegetation, originally associated with periodic floods.

The branch system is also cut off from the main riverbed due to incision of the Danube river bed and the gradual floodplain sedimentation (3.5 m vertical difference). This disrupts the interaction between the main stream and the branch system even during floods, while larger natural floods that can flood the branch system are rare.

Together 12 transversal lines of weirs (labeled A – J) have been built on the entire section of the river branch system. They changed the originally flowing water to a cascade of “reservoirs” with very low velocities and a high degree of clogging with fine sediments (originally there was a gravel bottom). These structures split the branch system into 4 main parts adjacent to villages Vojka, Šuľany, Bodíky and Baka. The role of the weirs is to raise the water level and retain water in the area.

The lines of weirs A – H were built before the construction of the Gabčíkovo waterworks from the quarry stone embankment and were supplied with water from the Danube. After the construction of the waterworks, the weirs were raised, sealed with concrete and equipped with damming regulatory culverts. Lines I – J2 were completed in the 1990s. There are several branches on one line, and thus several parallel weirs, so there are 30 weirs in total in the river branch system. On each of them there is one or more objects for water transport – frame culverts, pipes or overflow fords.

Later the dams were modified so that pedestrians and cars could cross them at normal flows. At higher flows during floods, fords are no longer passable. And therefore planning of artificial floods must be announced to and approved by organizations operating in the branch system (foresters, hunters) as well as mayors and residents of the surrounding municipalities who come here to fish or for walks.

Although the system of dams ensured that the levels were comparable to the situation before the Danube was dammed, they did not support natural fluctuations of water levels and flow dynamics that were historically characteristic for the branch system. On the small river branches the culverts are made only by narrow pipes, which are often clogged by dead wood. Many dams have no culverts at all and no water flows through them during the normal period. Concerning the fish migration all dividing structures are currently impassable.

The flow continuity of the entire system is essential for regular flushing of the branches and reducing their clogging with sediments. The supplemented water volumes are so low that the branches communicate with the old riverbed only at the time of the floods. Stagnant or only very slowly running water in the branches is proof that this system needs to be restored. As part of the LIFE Danube Floodplains project monitoring and hydrodynamic and physical modeling were carried out under the leadership of the Water Research Institute and subsequently 19 authors jointly elaborated an expert study aimed at restoring the flow and longitudinal continuity of the entire Danube river branch system. The proposed measures are intended to contribute to the recovery of floodplain habitats and species dependent on river dynamics.

The river branch system is a very complex and extensive system, currently significantly modified. Comprehensive measures leading to a fundamental change would require inclusion of the entire system between the flood protection dykes, including the old Danube riverbed and the branch systems on the Slovak and Hungarian sides of the inundation. The possibility of subsidizing the branch system from the main riverbed of the Danube (relocation of the existing weir in the main riverbed) was also verified. However such a scenario is financially and technically demanding, requires agreement between the two countries and thus exceeds the capabilities of our project. Therefore the study focuses on relatively simple measures in order to achieve the best possible improvement of the water regime of the river branch system.

It was found that the flow and level regime in the upper part of the branch system (Dobrohošť – Bodíky) differs from the lower one (Bodíky – Gabčíkovo), which results in a different type of proposed measures. Due to the sufficient flow and slope in the upper area (lines A – C), it is possible to rebuild selected weirs and thus allow restoration of several parallel branches, by distributing the flows between them. It is necessary to build new culverts (ideally in combination with fishways) on those weirs with no flow and rotting stagnant water during most of the year. Too narrow branches require an extension of the flow profile.

However such measures are not suitable for the lower part under the dam D, where the main branch is bifurcated (the upper and the lower river branch of Bodíky). As a result of this division the velocities and dynamics of the flow are significantly reduced, so further measures aimed at restoration and engaging other inactive branches would worsen the situation. Already nowadays the water bodies are significantly overgrown with aquatic vegetation during the summer, what slows down the flow even more. To improve the current situation, it would be necessary to increase the water flow rates. This can be ensured by adjusting the operating rules in favor of improving the dynamics of the water regime at the inlet object in Dobrohošť.

The adjustment of the simulated flood regime is therefore also crucial. With the increase of the flow to 90 m3/s even small connecting river branches are restored and there is a relatively large flooding, especially in case of smaller branches and local terrain depressions and river branch relicts. In the future the aim is to release at least 120 m3/s into the branch system during artificial floods, what are values approaching the natural state of flood activity. Increased water flow during simulated floods should be a societal concern to protect biodiversity, climate and water resources. We owe it to our country and the nature which we have used to our advantage.