Importance of simulated floods for amphibians of the Danube inland delta 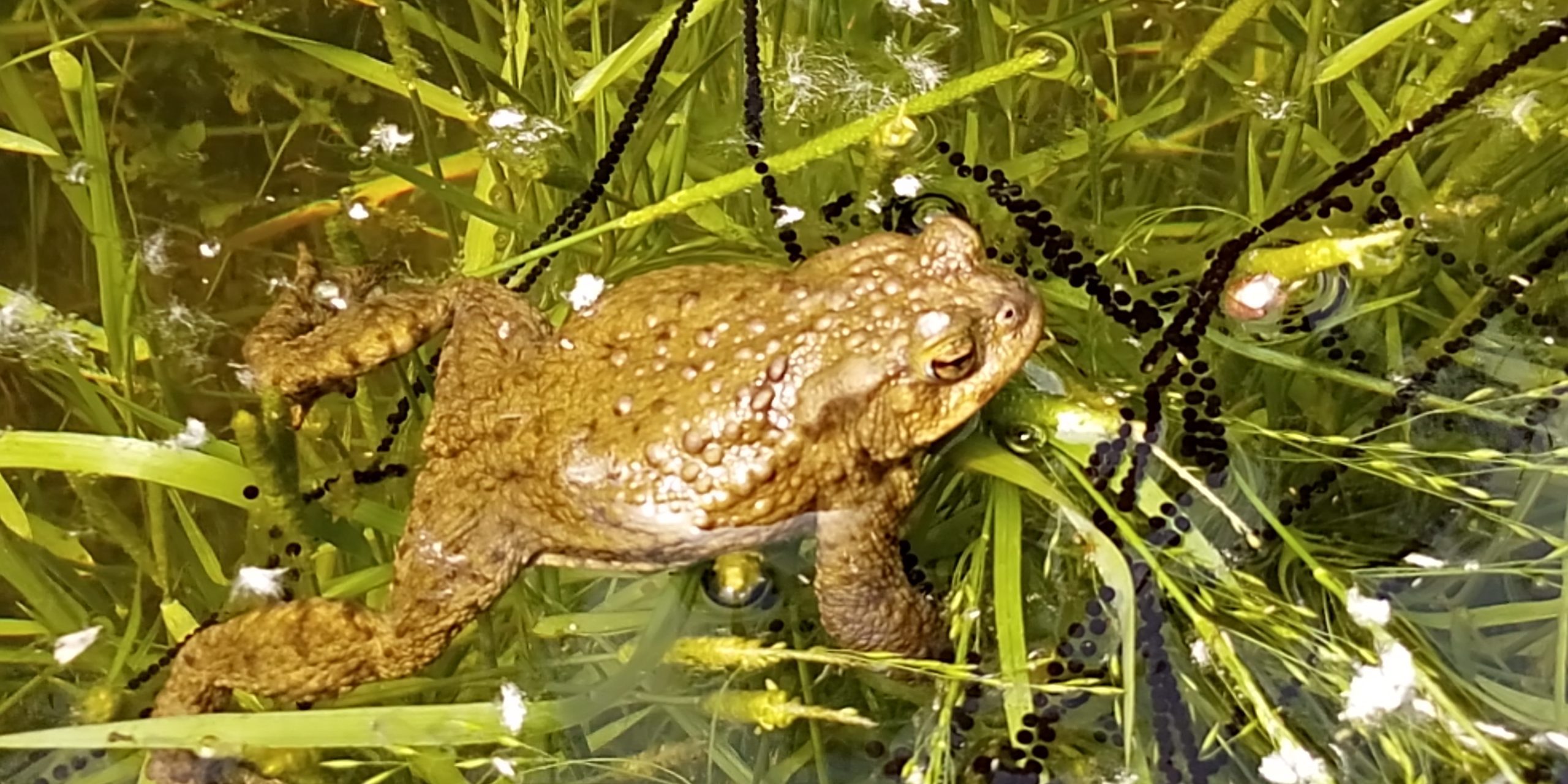 Interim results of amphibian monitoring in 2019 and 2020 season

The area of the so-called Danube Inland Delta between Bratislava and Sap used to be full of life. The unique system of river branches, periodic floods and healthy floodplain habitats offered an optimal environment for the reproduction of fish and amphibians. And they represent a food base for different bird species like herons, storks, cormorants or our biggest bird of prey the White-tailed Eagle.

River branch of Baka – one of the monitored sites

After the regulation of the Danube, the construction of the waterworks and the disruption of the water regime of the branch system, the situation for the inhabitants of the Danube floodplains deteriorated considerably. And so in recent years, one has been trying to repair the damage by restoration of river branches and performing simulated floods (currently spring flood in April – May, summer flood in May – June). The subsidy of the water regime of the branch system from the outflow facility in Dobrohošť in the frame of the simulated flood is currently a key moment for the reproduction of amphibians in this area. River branches, terrain depressions as well as adjacent meadows and floodplain forests start to soak the life-giving water this way.

River branch before and after the flood (Istragov)

In the frame of the LIFE Danube Floodplains project, we conduct regular monitoring of flora and fauna in order to determine the impact of restoration measures on the condition of selected localities along the Danube. The monitoring of amphibians will continue also during the upcoming seasons with an emphasis on two species of European importance – the European fire-bellied toad and the Danube crested newt. By comparing the occurrence and abundance of individual species before and after the implementation of measures aimed at improving the water regime of wetlands, flow capacity, longitudinal continuity and lateral connectivity of the Danube river branches, we get a picture of the importance of the restoration of floodplain habitats.

Site of observation of the Smooth newt

The presence of frog and newt species is being monitored between March – July on selected sites of the Danube Floodplains – juvenile and adult individuals, tadpoles, eggs – in terrain depressions filled with water, dead river branches, remnants of side arms and canals with standing or slow-flowing water. Frogs were recorded according to the acoustic signals of males, direct observation and capture of individuals of all developmental stages. They were captured using a net or by hand in cases where mere observation made it impossible to classify them into the species. All individuals of frogs and newts were released after capture at the place where they were found. If eggs are found in drying localities, they are transferred to the nearest water.

Eggs of the Agile frog

The monitoring brought an interesting observation of the reproduction of the Common toad, which normally reproduces in the early spring (end of March, April). Because the river branches are lacking water at this time, the toads have not been able to lay eggs. After flooding they immediately took advantage of the situation and began to reproduce even in such a late period. On the contrary, the Agile frogs, which are also numerous at the site and lay eggs from March to April, do not reproduce during the season if the area is flooded too late.

In case of insufficient flooding of localities, frog eggs do not survive (dry eggs of the Agile frog)

Monitoring of amphibians shows that it would be appropriate to ensure an optimal water regime in the localities already early in the spring (March, April) so that species such as Agile frog and Common toad and both species of newts can reproduce. The simulated flood significantly improved the water level in the localities, but after its end in many places, the water level quickly drops again. In addition to earlier flooding, it would help to ensure that reproductive sites remain flooded during late spring and summer for the successful development of amphibians. These are key factors for improving the state of frog and newt populations in the Danube river branch system.

(autor of the photos: Peter Mikulíček)