Project focuses on protection and enhancement of European Ground Squirrel populations in the nortwestern borders of it´s range: in Slovakia, Czech republic and in Poland.

The aim of this project is to support existing populations, restore suitable habitats and reintroduce the species to former localities. 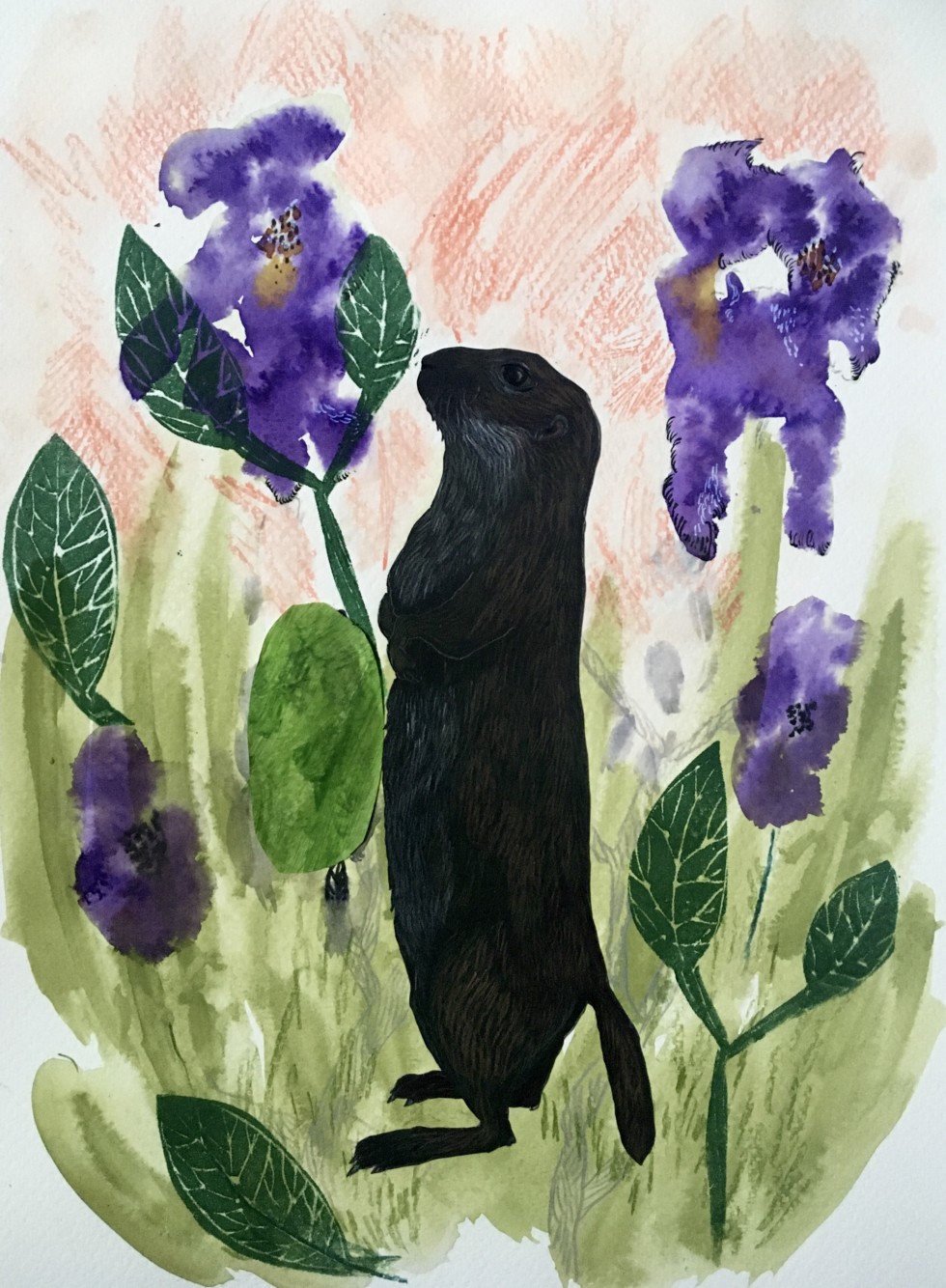 You can find out about the state of grazing ground squirrel populations in Slovakia, what their needs are and what threatens their ground squirrels in an article in Denník N. The article was illustrated by Monika Pascoe Mikyšková. 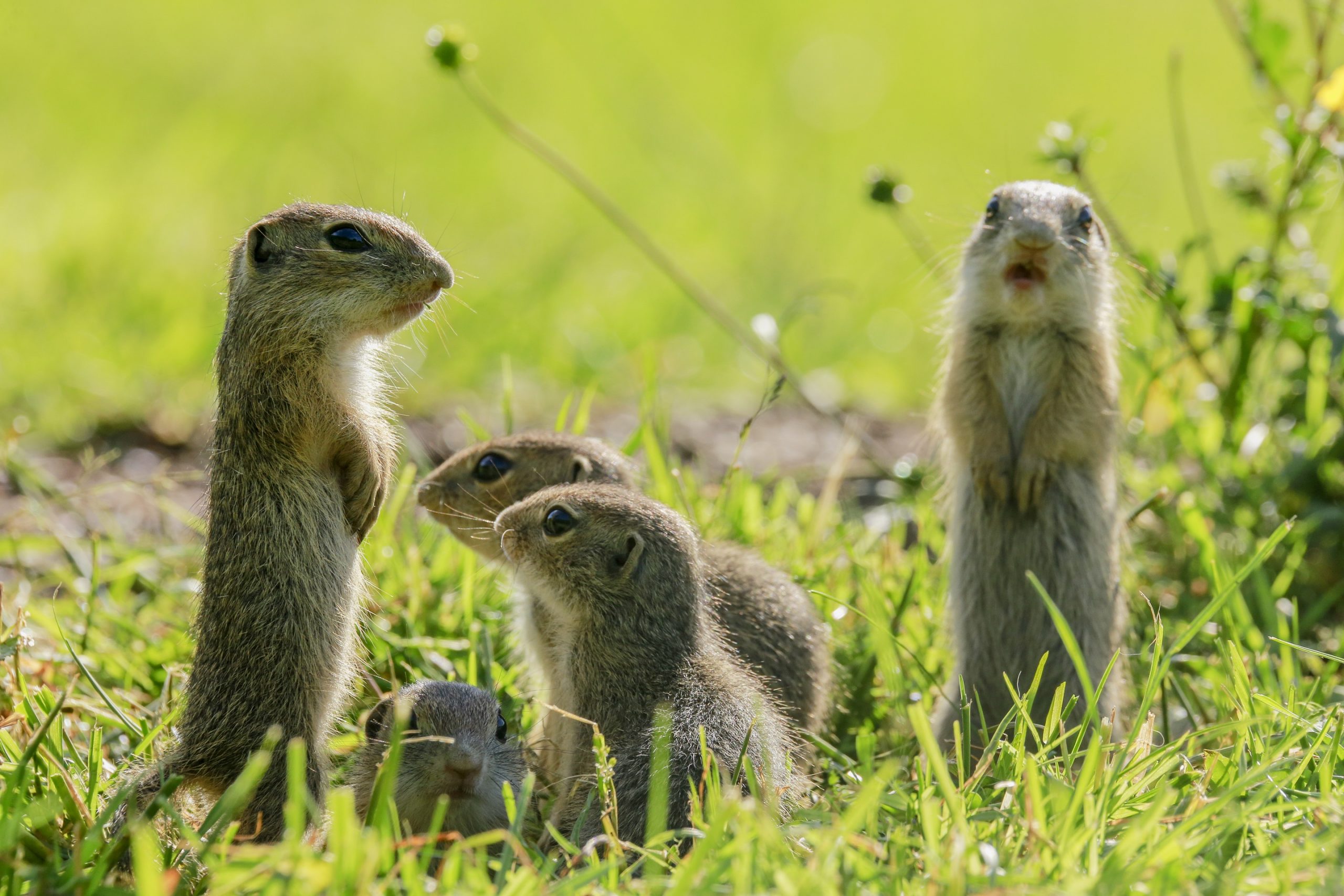 Project LIFE Syseľ for the conservation of the Ground squirrel can begin!

This September BROZ is starting two new projects which have been approvedby the European Comminison. Both LIFE projects aim to protect endangered species and restore their habitats. One of these projects will be dedicated to conserving the European ground squirrel which, a once common species which is now endangered due to habitat loss. 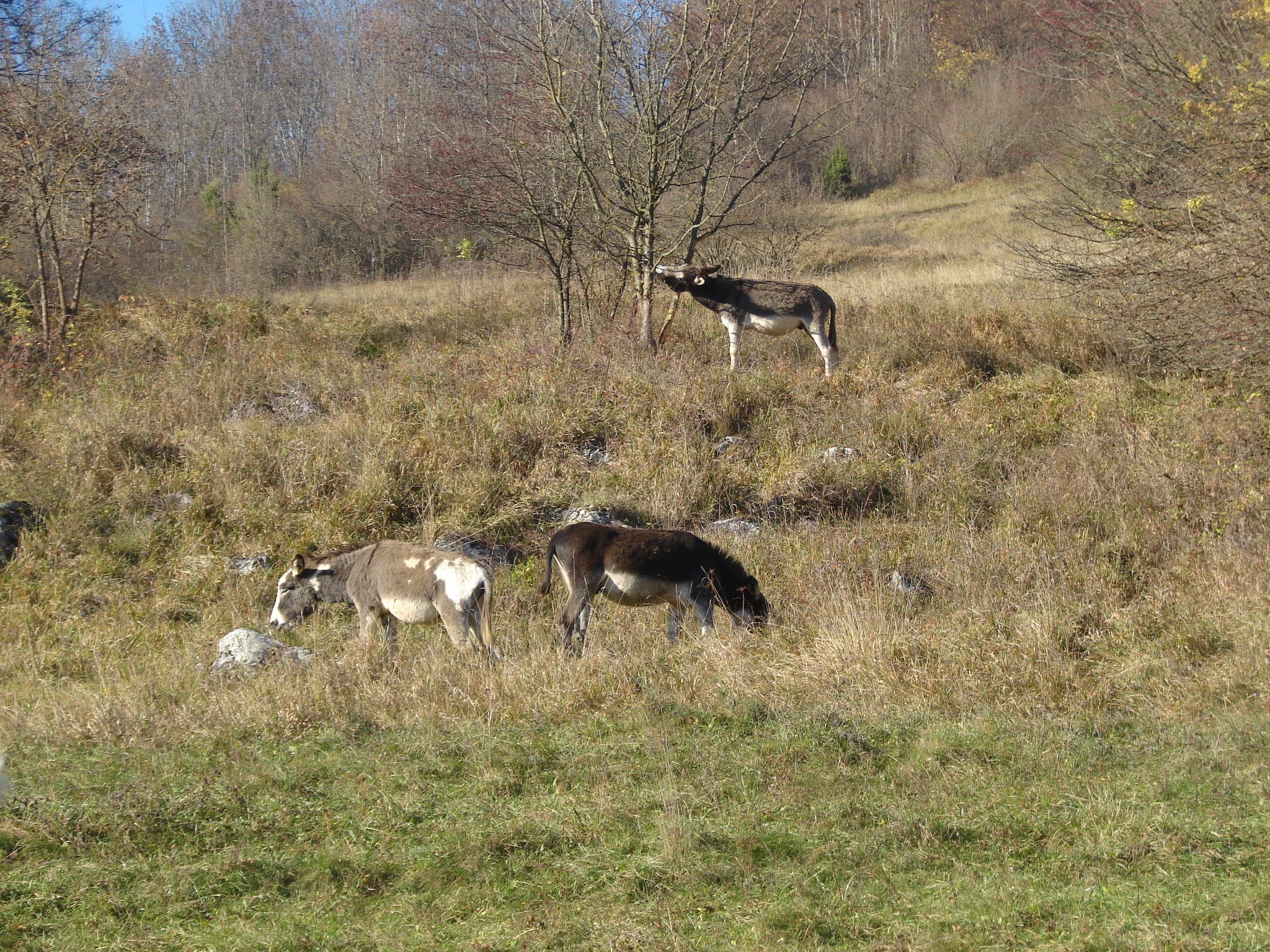 Grazers return to Tisovský kras to protect the ground squirrel

BROZ in cooperation with the local cooperative has begun to graze livestock on 18 hectare of land in Tisovský kras where the ground squirrel population has been on the decline due to inapopriate land management.

The project is to contribute to the active protection of habitats of the endangered European ground squirrel species in selected localities in Slovakia, the Czech Republic and Poland.

In Slovakia, in most localities in the Alpine and Pannonian regions, the quality of the European ground squirrel population, as well as its habitats, was assessed as unsatisfactory or even poor. The reason is usually the extinction of the habitat caused by a change in the management of the site (especially the abandonment of livestock grazing in the country). The situation is similar in the Czech Republic, in Poland the ground squirrel became extinct in the 1980s, the successful reintroduction of individuals from Slovakia has managed to settle more localities, but the overall population is poor.

Main goals of the project:

1. Restoration of habitats – cleaning of sites from raids, introduction of grazing

3. Reintroduction of ground squirrels to suitable sites where they have become extinct in the recent past

4. Cooperation with local interest groups, owners and users in the protection of the target species

5. Replication and transfer of project results

It is an animal living in colonies, which needs an open landscape with low vegetation for its life. It suits him if the vegetation is kept low by grazing animals. He needs a look around for his life. Often, as soon as he climbs out of the burrow, he sticks out and observes his surroundings or stands on his hind legs and “sticks out”, like a meerkat or a marmot. He is in danger from several angles. It is a food for foxes, weasels, but also birds of prey – eagles, falcons, and hawks. The ground squirrel is a rodent that lives underground, where it builds a system of burrows that connect corridors with multiple openings. It feeds on grass seeds, green parts of plants, fruits, various insects (crickets, horses, beetles) and does not despise even small voles or lizards. In winter, it hibernates in underground burrows.

Of the common species endangered

The European ground squirrel was once a common species in Slovakia, but by gradually abandoning the grazing of livestock and overgrowing or ploughing suitable sites, its populations were reduced. So much so that the ground squirrel is currently an endangered species. Ground squirrels for changes in the agricultural landscape also suffer from a lack of food, as they feed on plant seeds, fruits and insects, which are difficult to find in the monoculture. Despite the widespread myth, ground squirrels do not steal grain from fields and do not stock up because they hibernate during the winter.

We will improve the existing management in selected localities where ground squirrels occur naturally so far. In the vicinity of these sites, we will create other suitable places where the colony can spread (we will clean them of overgrown trees, introduce pasture, change the land to grassland, etc.). Thanks to these measures, we will create at least 190 hectares of new habitats for grazing ground squirrels.

The activity includes direct care for the colonies of ground squirrels – feeding, sowing plants that are suitable for its food, planting fruit trees of early summer varieties, support measures for animal components of food – especially for insects on which the ground squirrel feeds. As part of the activity, we will also implement measures to support the population of other species in localities so as to provide predators with more food and thus reduce predation pressure in the beginning.

In many areas of European importance in Slovakia, where the ground squirrel is the subject of protection, this species is unfortunately no longer found or its occurrence has been limited to only one or two colonies. At 10 such sites, where populations have disappeared or are disappearing, the transfer of individuals and the re-establishment of the colony will take place. The selection of sites will be preceded by long-term preparation and will be selected based on the possible implementation of other managements to improve the state of populations.

Habitat restoration and measures to increase and improve the stock of the European ground squirrel population in Poland will be implemented on a total area of 22 ha.

Ground Squirrels suffer from a lack of food, planting trees would help them – Denník N

Currently, there are no volunteer activities in localities where we protect ground squirrels. We will inform you about such activities.