Project LIFE Syseľ for the conservation of the Ground squirrel can begin!

You are here:
PROJEKT: Conservation of European Ground Squirrel 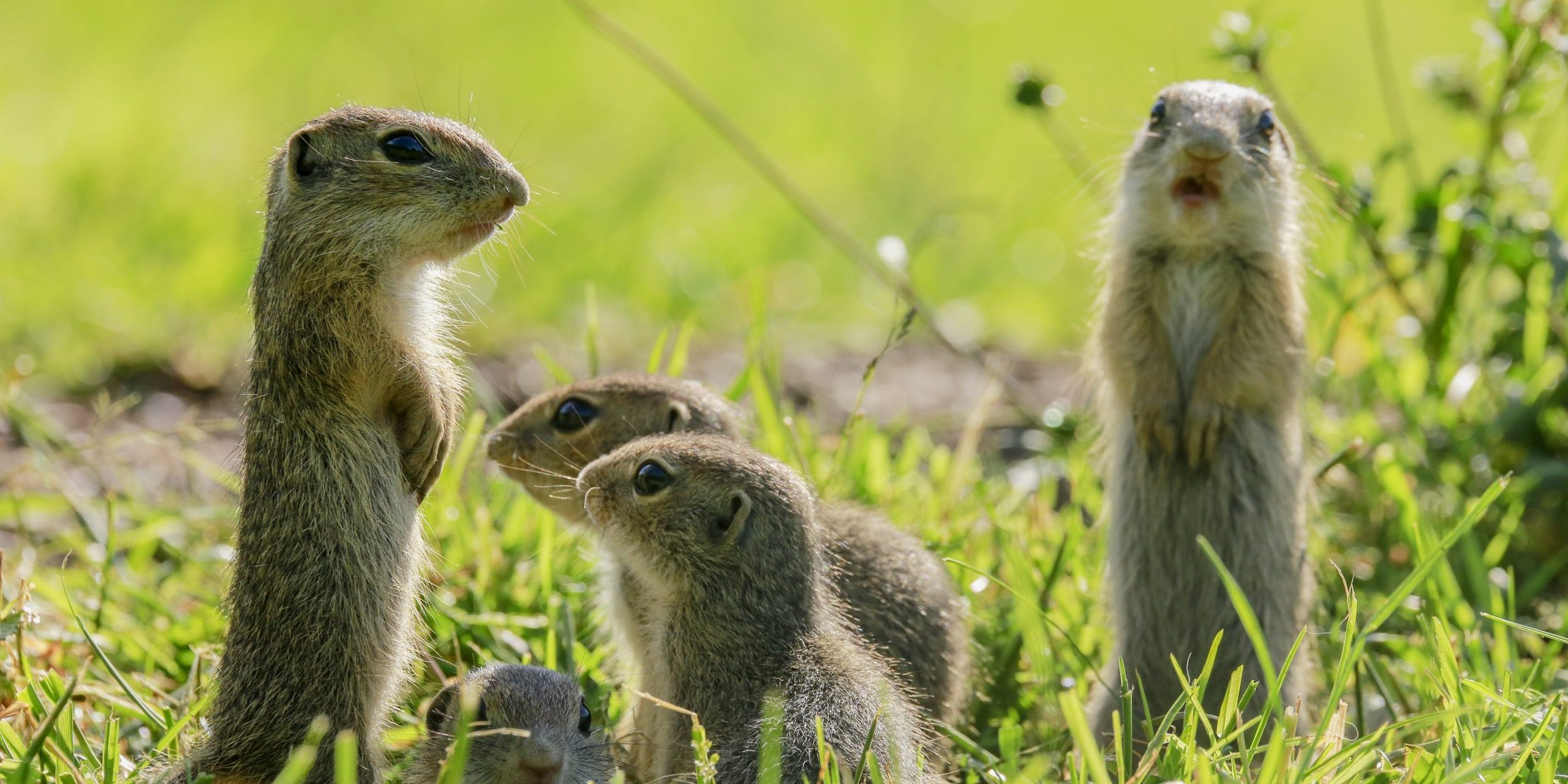 This September BROZ is starting two new projects which have been approvedby the European Comminison. Both LIFE projects aim to protect endangered species and restore their habitats. One of these projects will be dedicated to conserving the European ground squirrel which, a once common species which is now endangered due to habitat loss.

LIFE SYSEĽ is one of our most recent LIFE projects which aims to protect the charismatic and loved species – The European ground squirrel. Not long ago the European ground squirrel was a common species in Slovakia, even considered a pest as recently as 1960s. Due to the drastic changes in land use and agricultural practices the ground squirrel has lost much of it´s natural habitat to the point that the species has become endangered. Small populations now survive in few isolated localities. The same scenario has happened in in Czech Republic and Poland where the species has dissapeared from much of it´s former range. We have therefore joined forces with conservation colleagues from these countries in order to protect this species.

„It is a species which live in colonies in open areas with low vegetation. The best habitat for the ground squirrel are grasslands grazed by livestock“ says Katarína Tuhárska, the project manager. „Overall twenty seven localities will be covered across the three project countries where colonies of the European ground squirrel still remain. However, these colonies are in a critical state, some at the edge of extinction. Therefore our efforts will focuse on improving the ground squirrel habitat on these localities. The project will also cover localities where the species has occurent in the recent past with the aim to bring them back“, continues the conservationist.

The State Nature Conservancy of the Slovak republic and The National Zoological Garden Bojnice will carry out the re-introduction of the ground squirrels to their former localitites, for example, to localities owned by state or to protected areas. The faculty of Biology in Bratislava is also participating in this conservation project. „However, if we want to carry out the project successfully  it is essential to join efforts not only within the conservation community but also with the land owners and farmers in the areas where the colonies of European ground squirrels still exist“, Tuhárska adds.

The key activities of BROZ will be restoration of the pastures and the implementation of appropriate grass mowing in the areas where pasture is not possible. The European ground squirrel also suffers from diminished feeding possibiltites due to changes in the agricultural land where plant seeds, fruits and insects are becoming increasingly hard to find. Contrary to the widespread belief, the ground squirels do not steal seeds from the fields to stock for winter because they hibernate during the winter. Therefore, throughout the project we will also increase feeding opportunities for the ground squirrels by planting wild fruit trees and establishing flowering and oat patches.