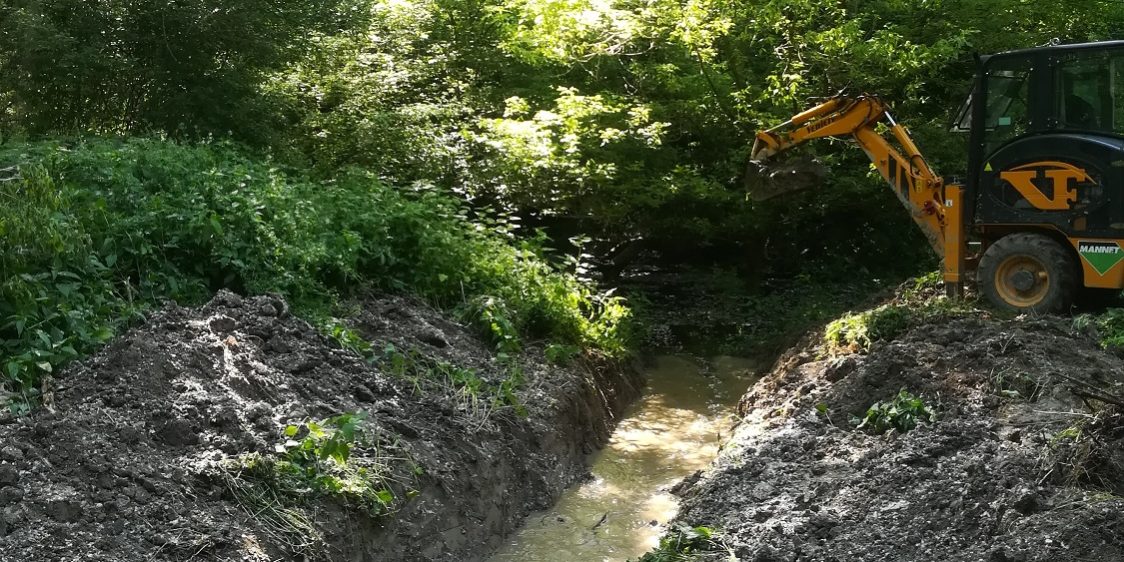 As we announced in February this year, we started with the creation of biocorridors, the so-called ‘Highways’ for root voles, which will allow them to move more easily between locations. The creation of corridors is nowadays a key point in the protection of animals living in isolated populations.

Corridors are characterized by connecting the locations inhabited by the target species and at the same time represent an suitable environment for the species, in contrast to the inhospitable environment around the corridor. In case of Pannonian root vole, the unsuitable environment can be dense forest, in which its favourite sedge or reed does not grow.

As part of the mentioned activity, we dredged the connection channel in the area of Istragov in the Site of Community Importance Dunajské luhy and thus created 550 m of corridors. Pannonian root vole is known as an excellent swimmer and so the channels with moisture-loving riparian vegetation represent a suitable corridor for it.

Many channels have been filled in with soil in the past due to forestry or agricultural practices, which has caused significant water loss in the wetlands. By restoring the channels we not only create corridors for protected root voles, but we also help return water to the country and restore dried wetlands. Thanks to this activity, we managed to restore 2,000 m2 of wetlands in the Istragov area.