You are here:
PROJEKT: Restoration of NATURA 2000 sites in cross-border Bratislava capital region 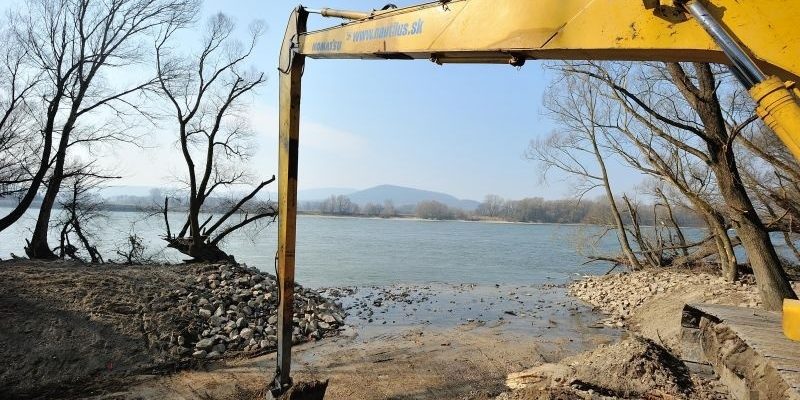 In the past, the river transported massive amounts of gravel sediments which were deposited in the surrounding areas downstream from Devínska brána, eventually creating a network of meanders and river islands. One of these islands, locally known as Sedláčkov Island, can be found in this area. In contrast to other islands on the Danube, this one has never been influenced by heavy forest management, so the native floodplain forests still exist here. The island has been designated a nature reserve Slovanský ostrov (Slovan Island) with the highest level of ecological protection (level 5). The area is part of European network of protected areas NATURA 2000 – Bratislavské luhy. The area of the Devínske rameno river branch was once the part of the main river channel. At the bend of the riverbed a gravel bar began to form, gradually becoming bigger and bigger. At the beginning of the 20th century, this process led to a formation of an island surrounded by the Devínske rameno river branch. The Danube´s channel went through a series of significant human-induced modifications. The most recent one was cutting off the Devínske rameno river branch from the main channel by an artificial embankment which initiated its gradual drainage and disappearance. During periods of elevated water levels when the stony embankement failed to contain the flood wave, tons of sediments were brought in, slowly silting up the basin. The wildlife adapted to flowing water dissapeared immediately, soon followed by still water loving organisms that could not survive here either due to ever-shrinking living space. The cut-off arm became a fish trap – at high water fish could easily get there, but as soon as the water level decreased they would become trapped. With water levels declining even further, they faced extinction. In 2015, BROZ along with state water management authorities brought the Devínske rameno river branch back to life. Thanks to removal of river embankments at both inflow and outflow as well as cleaning the old sediments from the riverbed, it was possible to restore the river´s original character from decades ago. With restoration of natural flow regime of the river the quality of water as well as general ecological conditions in the area improved. Revitalization will also enhance the quality and capacity of local water resources on the island which supplies drinking water to Devin district. Besides, restoring of the flow in the river arm will help contain floodwaves and thereby improve flood protection of the area. Download 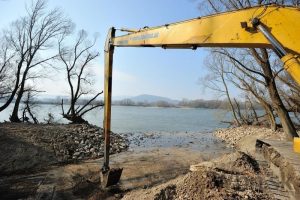