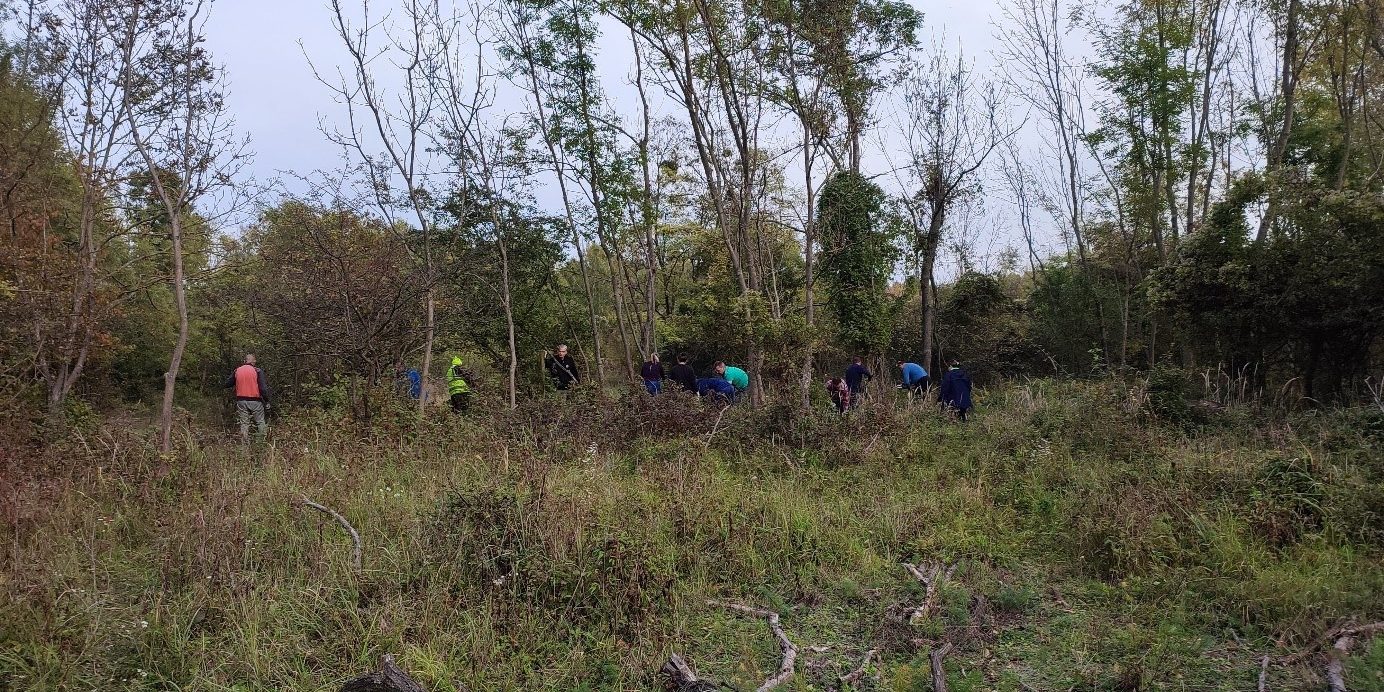 Volunteers from OZ Permoníci – the geocachers as well as other volunteers visited the locality Pánsky Diel for the 20th time! By their willingness they helped to develop the protection of targetted species and habitats.  Pánsky Diel is a favourite part of SCI Biskupické Luhy, where is the realization of the current activity of LIFE Sub-pannonic project – the grazing management by sheeps and goats.

The name of volunteer’s action and also CITO geocaching action is „Nippers“ because of the grazing expansion on this locality is blocked by several layers of netting wire. It was a part of forest fences that had been used in accordance of silvicultural experiments in the past. Currently, they are not performing its purpose and act as a barrier for animal migration so it is inevitable to disassemble it for support of the pasture habitats expansion. It is not simple, because the fence is sporadically under the ground, what complicates its disassembling. In this consequence is necessary to use “nipping tools” like pincers or pliers.