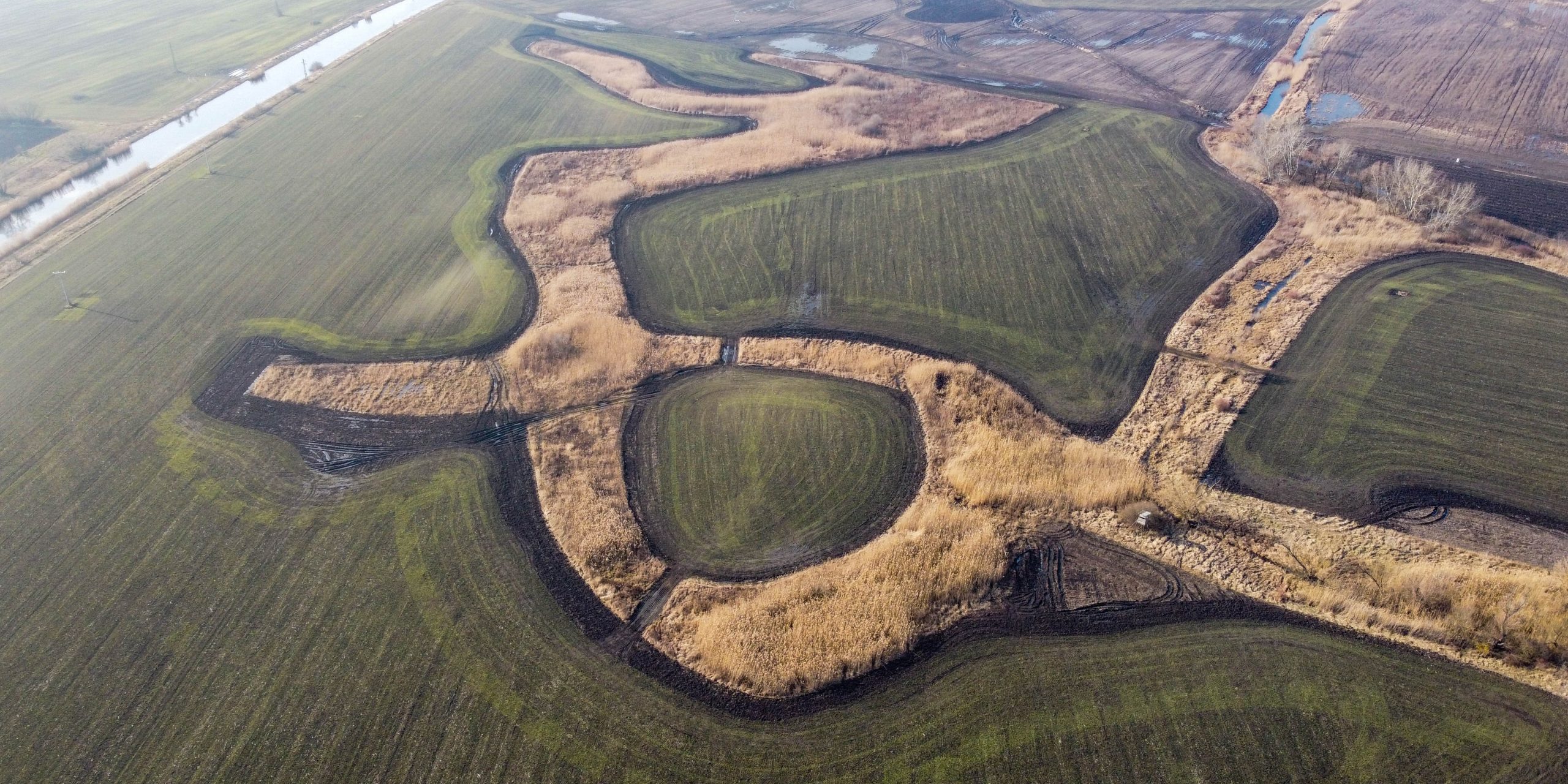 Since the beginning of the year, we launched a regular field monitoring of potential biocorridors – „highways“ for the root vole together with the project partners, the Faculty of Natural Sciences of the Comenius University in Bratislava (Prírodovedeckou fakultou UK ) and the State Nature Conservancy of the Slovak Republic (Štátnou ochranou prírody SR). Similarly, as we have not any highway connection between Bratislava and Košice, the root vole lacks an interconnection between its localities. Gradual transformation of wetlands into agricultural land has resulted in loses in refugia for this rare European endemic species and its localities have become more and more isolated. Thanks to many years´ monitoring conducted by the staff of the Faculty of Natural Sciences of the Comenius University we know that the root voles were forced out into three areas being interconnected very lightly or not at all as a result of intensive agriculture and land dewatering. The first area is represented by the  Dunajské luhy protected landscape area. However, this has become more and more inhospitable refuge for the root vole because of gradual drying. On the other Danube side, there is the second locality with a centre in the area of Čilížske močiare wetlands and along the Čilížsky potok stream. The third centre is represented by the old Nitra river Alluvium along with wetland fragments such as Listové jazero lake, Pohrebište or Matovská mokraď wetlands.

Thanks to nearly one-year research of potential biocorridors and „stepping stones“, many potential biocorridors were proposed based on habitat´s area but also ownership circumstances. Subsequently, they were checked in the field both by walking and using a drone. This provided us with better view on interconnection of individual wetland fragments. We believe that wide professional variety of participants of these monitoring researches will assure identification of the most proper and important line and area elements. Subsequently, we will provide their applicable condition and as highest connectivity as possible what would assure re-connection for the three most significant localities of root vole occurrence.

The research within the first phase was focused on interconnection of the area around the old Nitra river Alluvium and the area around the Čilížsky potok stream being full of water again after a long time period. The Čilížsky potok stream, the lower section of which was restored within the first LIFE project focused on root vole protection (Ochrany hraboša severského panónskeho), is one of the most important biocorridors, which ought to represent a supporting pillar of connectivity between the individual occurrence localities of the root vole thanks to its planned connection with the channel of Číčovské rybníky ponds along with creation a wetland near the Lyonský kanál channel. Only through the interconnection of populations, which have been fragmented  for many years, we will be able to provide the geneflow being inevitable for maintaining the health populations of these „marsh mices“.