From mowing to rare findings 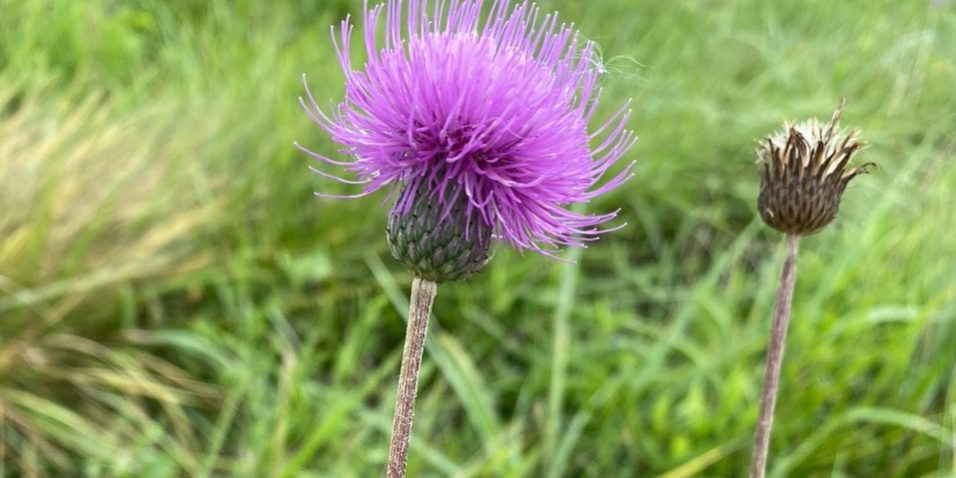 In March 2017, in cooperation with the local agricultural association, we restored by grassing an area (approximately 23 ha) of waterlogged fields and degraded meadows on the left bank of the Lyon channel near the Číčovské dead arm as part of the LIFE Dunajské luhy project. The meadow mixture used contained original plant species such as Alopecurus pratensis, Festuca pratensis, Poa pratensis, Trifolium pratense, Lathyrus pratensis, Lotus corniculatus, Rumex acetosa, Deschampsia caespitosa, Symphytum officinale and others. The meadow is being mowed once a year.

The development of the meadow is carefully monitored every year by ongoing botanical monitoring, which is part of the project. Already in 2019, it recorded a favorable development of the location. Thanks to regular mowing, we managed to suppress invasive plant species such as Solidago gigantea and completely eliminate the species Aster lanceolatus agg. In the same year we recorded the occurrence of interesting species bound to salt marshes, such as Centaurium littorale and Juncus capitatus, which is critically endangered. It is a pioneering, competitively very weak species that seeks out places with unconnected vegetation cover, in places disturbed by human activities, for example rarely on the edges of sandy fields or dirt roads. It requires moist, non-calcareous sandy or loamy soils. In our territory, its occurrence is known from the Záhorská lowland. This species is listed in the red list and is protected by law.

The dry spring in 2020 did not spare the meadow either and was reflected in the lower height of the vegetation and the decrease in the coverage by herbaceous vegetation. Rare species such as Centaurium littorale and Juncus capitatus were not recorded. In the following year, another rare finding was discovered on the site, a species of European importance endemic to the Pannonian lowland, Cirsium brachycephalum. This purple-flowered thistle has its distribution center in Hungary, with occurrences in Austria, Serbia, Moravia and southern Slovakia. Prefers wet, generally marshy to slightly salty meadows, edges of channels, ditches in the lowlands. The size of the population is constantly decreasing in Slovakia due to the overgrowth of its habitats.

The discovery of the critically endangered species Juncus capitatus and other salt-loving species in 2019, as well as the discovery of Cirsium brachycephalum in 2021, points to the high potential of this location. Regular mowing significantly helps to suppress non-native species of herbs (Solidago gigantea, Aster lanceolatus agg.), as well as invasion of woody plants (Populus nigra, Populus × canescens) and the expansive species Calamagrostis epigejos, which creates more extensive growths, thereby preserving the meadow biotope. By sensitive management, we restore the lost variety of life and create conditions suitable for rare and endangered species.