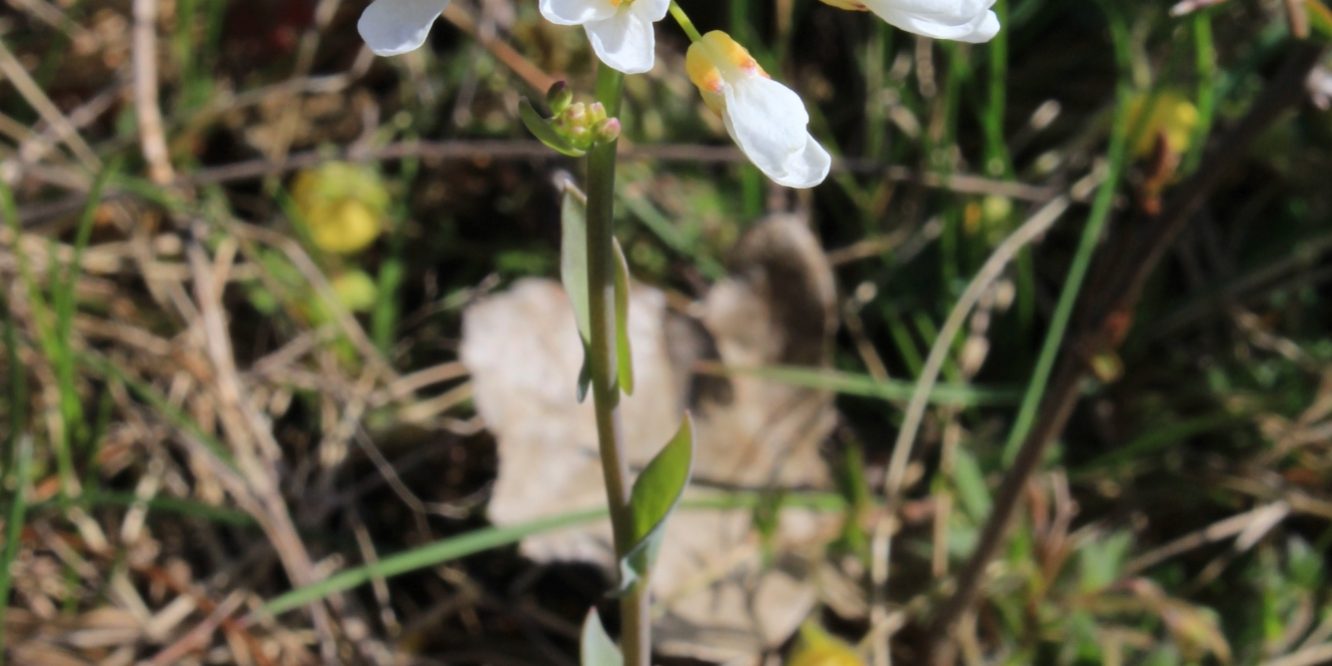 You can only find the rare plant of Thlaspi jankae, a protected species of European value, on Zobor mountain by Nitra, in the national park of Slovak Karst and in nearby karst areas of the Hungarian national park Aggtelek. It doesn’t grow anywhere else. Until recently this plant species had a relatively stable micro populations, although long-term endangered because of overgrowth of its habitats. However, in the last few years its micro-population on Jasovská planina in Slovak Karst, which has a lower occurrence of this plant (around 100 pieces), was shaken by the project  #LIFE_SUB_PANNONIC. In the positive way of course – only after the first year of removal of overgrowth of trees and plants and continuous grazing of animals its number increased to 1 500 of pieces! And this year its population grew to incredible 10 000 species, which means it is the highest one now in Slovak Karst.

A huge thanks for their help goes to the land-cooperative Haj, which manages the difficult restoration of the overgrown pasture and to the agricultural-group Turňa for the realization of extensive grazing that will keep the biotope of Thlaspi in a favorable condition for a long time. Together, as part of this project and thanks to a great cooperation with the management of the National Park and Biosphere Reservation Slovak Karst (Slovenský Kras), we restored more than 130 hectares of rare dry and warm grassland-herb fields – meadows and pastures in this area, which support the richness of species of our country.

This inconspicuous biennial plant can only be found on two separate sites in Slovakia (Zobor mountains, National Park Slovak Karst) and in the northern Hungary. There are several micro-populations within the wider area of these sites. You can enjoy seeing its white delicate flowers in May and June, when the plant is in full bloom. It likes warm grassy places – sunny meadows and pastures, which were regularly mowed and used for grazing of sheep, cows, and goats in the past. This rare species is endangered today by the overgrowing of its habitat not only by trees but also by expansive herbs, because it has been many years since the cessation of traditional farming in most places.

#Grazing is amazing – under this slogan we are renewing grazing in various areas in Slovakia with the aim of protecting and restoring biodiversity of these places.