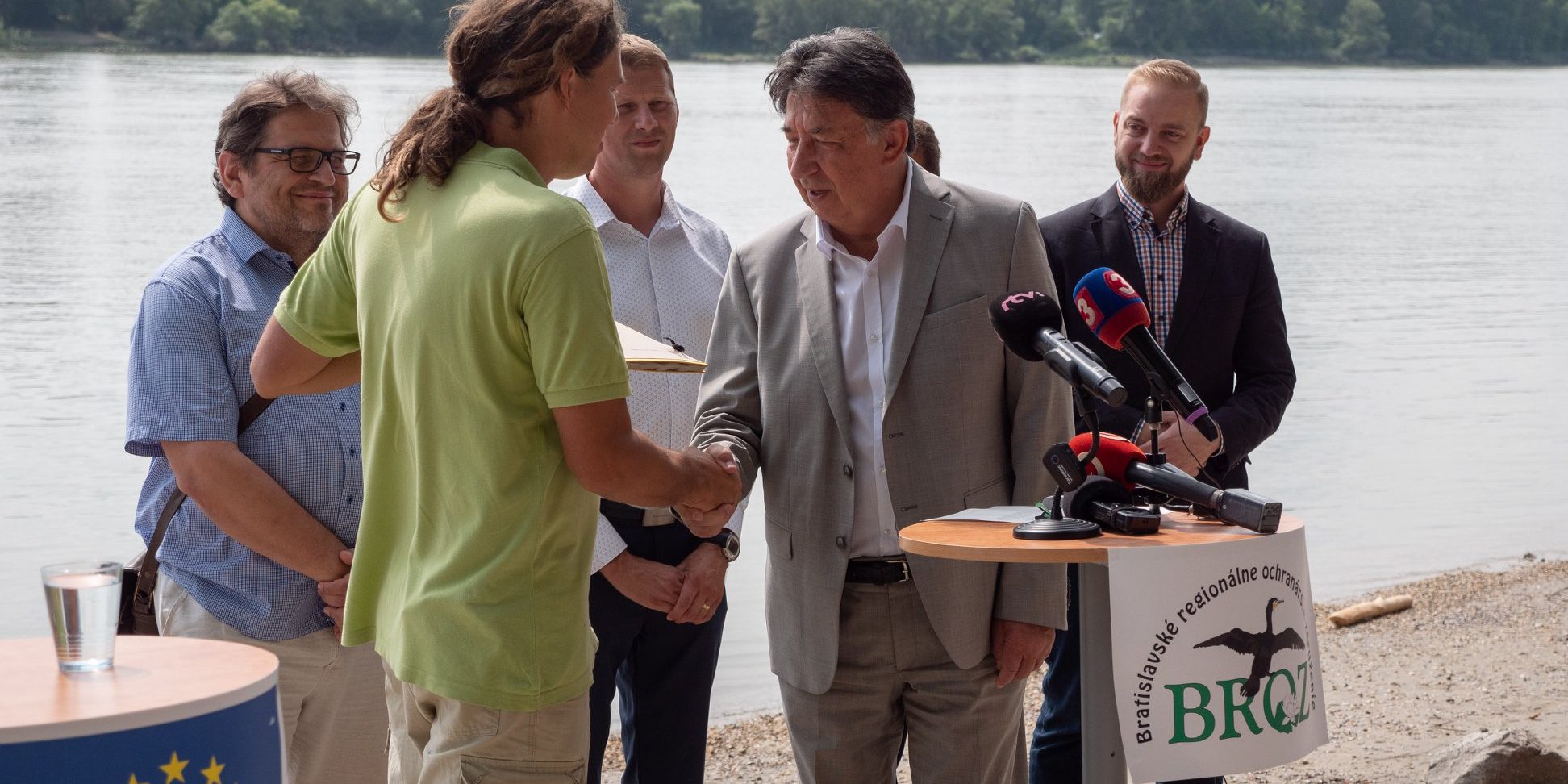 We delivered a petition for the rescue of the Inland Danube Delta to the Minister of the Environment, Ján Budaj. The petition was signed by 11,603 people.
We delivered him a document on Velkolél Island, right on the Danube riverbank, where we also organized a press conference.

Minister Budaj received it from the chairman of BROZ, Tomáš Kušík. In his speech, the minister very much appreciated the initiative and petition for the preservation of this rare area and assured us that as a Minister of the Environment will be cooperative and helpful in ensuring that the Inland Danube Delta receives the appropriate amount of water that belongs to it and which is required for the conservation of the biodiversity of this rare area. At the same time, the Minister noted that the Gabčíkovo Waterworks had a huge impact on nature and we still have not learned to compensate for its consequences. “It makes no sense for us not to try to comply with this petition. We will try to adjust the Manipulation Rules to a manipulation algorithm – if the water rises, we let more water flow into the floodplain forests. Not just once a year, according to the current bureaucratic approach. Therefore, it is important that the waterworks and water management construction can not respond flexibly. “At the same time, the Minister promised to start negotiations on a change in the Manipulation Rules early.

We have been collecting signatures for the petition since April 22, when we launched the petition as symbolic for Earth Day. Many people who became acquainted with the issue in a short time signed up to save our largest wetland. The general knowledge about the area and water management problems was not so strong, so there was also a communication challenge to inform people about this problem and persuade them to take an active approach.