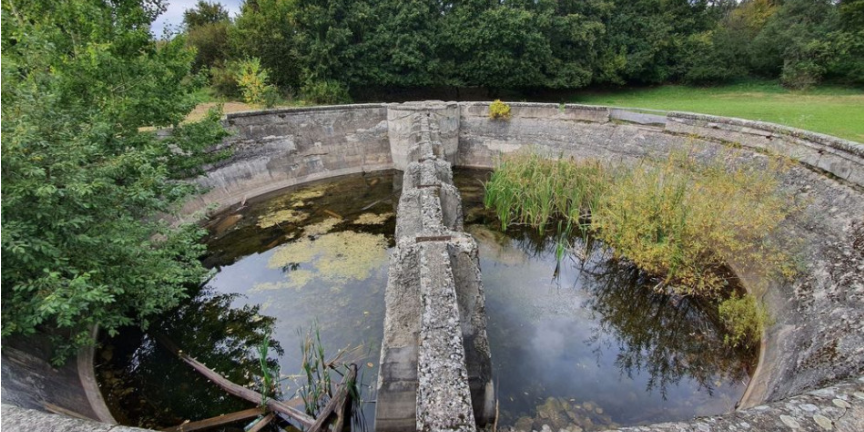 Serényi Cistern located in Plešivská plain in Slovak Karst was built in the year 1913 in order to provide supplies of water for cattle and to improve pasture conditions in Plešivská plain.
However, nowadays due to cistern´s dysfunction the plain lacks supplies of water for cattle and it does not fulfil its role any more.
We have agreed to cooperate with State Nature Conservancy of the Slovak republic and with Administration National Park of Slovak Karst on the Project LIFE Sub-Pannonic and our project location has mainly become Plešivská plain. The aim of the project is to restore rare dry grassland ecosystems through the pasture.
Thanks to the mentioned project we have managed to bring almost 250 heads of cattle to the Plešivská plain in this year. However, it is very hard to restore the pasture without supplies of water. We have found out that supplies of water in that location without the Serényi Cistern is restricted.
The goats were able to graze just almost for two and a half weeks due to the lack of supplies of water. If we want to carry out the project successfully it is fundamental to reconstruct the cistern. We have agreed with the owner of the land on the reconstruction of the Serényi Cistern and we can gradually undertake the reconstruction of the mentioned cistern.