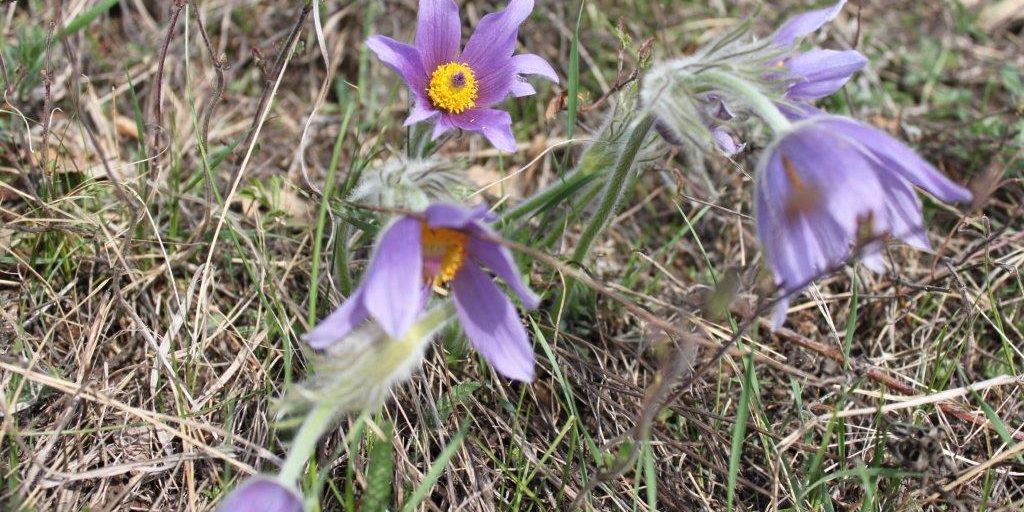 Tarbucka hill stretches over the villages Streda nad Bodrogom, Veľký Kamenec and Malý Kamenec. Thanks to its specific subsoil and suitable microclimatic conditions, Tarbucka hosts rare drought and thermophilic herbaceous vegetation and provides a home for many protected species of plants and animals. Thanks to these natural values it has been declared a Territory of European Importance.

A big part of the territory has historically been used as sheep pastures, the slopes have been used to grow vines. Although some vineyards are still active at present, much of Tarbucka is unused. Pastures and most vineyards have been abandoned for several decades. Due to the absence of traditional management, the area is overgrown with non-native trees (blackthorns, roses) and expansive grasses, from which a large amount of wort accumulates. Invasive plants such as Ailanthus altissima and Robinia pseudoacacia (false acacia) are widely distributed in the area. These non-native trees significantly threaten the natural wealth of Tarbucka. They are ranked among the most dangerous invasive species in the world – by being able to significantly change the surrounding conditions, they restrict the original vegetation in growth.

For valuable thermophilic plant communities and populations of protected species, which have grown and lived here in large numbers in the past, it is very difficult to survive under these conditions. 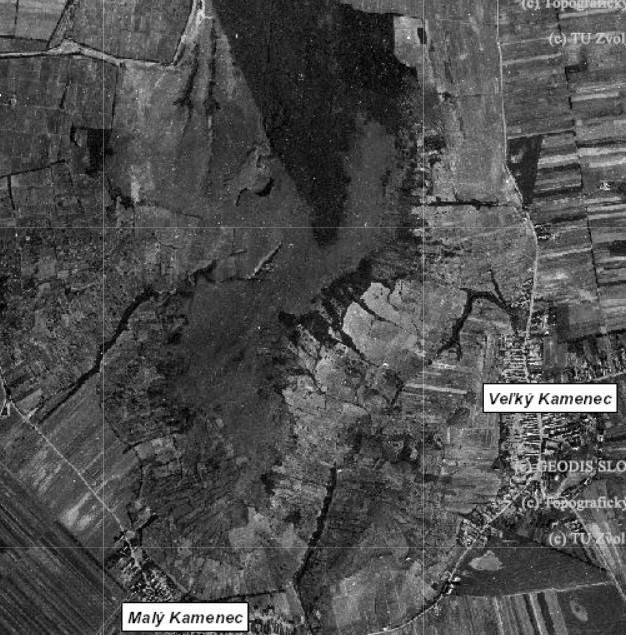 Tarbucka in 1950 and today – abandoned vineyards and pastures are heavily overgrown with aerial and invasive trees.

Tarbucka is shining for better times. Many thanks to the farmer Juraj Kulčár from Veľký Kamenec. Mr Kulčár, who is a goat breeder, embarked on the demanding cleaning of the site from airborne and invasive trees, under the supervision of the State Nature Protection – CHKO Latornica administration. However, combating overgrowth would be impossible without the help of the animals. Trees such as blackthorns, rosa canina or robinia are strongly rejuvenated after cutting. And it is this rejuvenation that is best suppressed by goats, which are very fond of juveniles.

Keeping the goats on the pasture and preventing them from escaping to the surrounding vineyards and fields is quite challenging. However, enthusiasts from BROZ – a conservation association, learned about Mr Kulčár’s suffering and offered him help with the construction of the fence. BROZ – conservation association has been dedicated to active nature protection for more than 20 years. They restore flow in river branches, plant native floodplain forests, restore the traditional management of head willows or create conditions for many rare species of birds. As part of the LIFE Sub-panonic project, they are introducing grazing on long-neglected pastures in cooperation with local farmers. Last year the grazing of goats was restored over Kráľovský Chlmec on Veľký Kopec, which, like Tarbucka suffered from an overgrowth of robinia, airborne trees and the accumulation of wort.

The goats are best for removing the rejuvenation of false acacia. The restoration of grazing on Veľký Kopec above Kráľovský Chlmec.

Restoration of a valuable landscape

Restoration of grazing will return to Tarbucka not only the original natural values, but also an attractive location for the locals from the surrounding villages and the visitors to the region. Access to the site for visitors will be secured by gates on all sides used. The area should be easier to pass through and the works on Tarbucka will also open up beautiful views of the surrounding countryside. An educational panel, which will inform about the importance of this area, will also be installed on the site. Conservationists from BROZ are also willing to help with cleaning the site from illegal landfills. They have already agreed with the mayor of Malý Kamenec, Ágnes Máté, to help secure the garbage container.

Conservationists are grateful for the understanding and support in restoring valuable Tarbucka habitats. Thanks to the understanding approach of the representatives and residents of the surrounding villages, it will be possible to restore Tarbucka its beauty and values, which residents and visitors will be able to fully enjoy again after years.

The removal of aerial trees and the subsequent restoration of traditional grazing will open up views of the surrounding countryside for Tarbucky visitors.